What’s in this episode?

“You can do a tonne online, but it would be great to have a beer.”

In the first of our new conversations making sense of the world with COVID, we speak to the CEO of 2U, Chip Paucek. We talk about why the University campus isn’t going to disappear anytime soon, what makes remote learning high-quality, and what it’s like to experience the highs and lows of being an edtech CEO and entrepreneur.

Plus, we made it to episode 200. Thanks for listening everyone.

Sophie is the founder of the iTunes new and noteworthy, The Edtech Podcast. The mission of The Edtech Podcast is to improve the dialogue between ‘ed’ and ‘tech’ for better innovation, through storytelling. The podcast is downloaded 2000+ times a week, from over 145 countries with the UK, US & Aus in the top 3. Sophie is a mentor and advisor within the edtech community. If she’s not interviewing a University Lecturer, School Leader, Ex-Angry Bird, NGO, or Investor about education innovation, she’s chasing her son around the park or binge-reading Homo Deus. 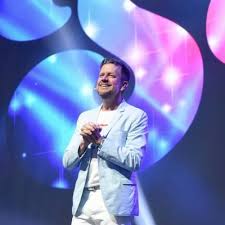 Christopher “Chip” Paucek is the co-founder and CEO of 2U, Inc. (Nasdaq:TWOU), an education technology company that partners with leading colleges and universities to deliver the world’s best digital education.

Paucek’s innovative work at 2U has earned him many accolades, including the Ernst & Young Entrepreneur of the Year Award in 2012, the Goldman Sachs 100 Most Intriguing Entrepreneurs Award in 2013, and multiple Highest Rated CEO awards from Glassdoor. In 2017, Paucek was named among America’s best chief executives by Institutional Investor magazine, ranking third among mid-cap technology, media, and telecom companies. He is a leading voice and speaker on entrepreneurship and the global education and technology landscape.

Prior to 2U, Paucek served as CEO of Smarterville, Inc., the parent company of Hooked on Phonics. Paucek began his entrepreneurial career in 1993 when he co-founded his first company, Cerebellum Corporation, which produced the award-winning educational television program and video series Standard Deviants. He led Cerebellum as co-chief executive officer until 2003. In 2004, Paucek took a break from the business world to serve as deputy campaign manager for the successful re-election of United States Senator Barbara Mikulski.

Paucek holds a BA from the George Washington University and an MBA from the 2U-powered MBA@UNC program at the University of North Carolina Kenan-Flagler Business School. As a native of South Florida, he is an avid Miami Dolphins fan. Paucek lives in Annapolis, MD with his wife Gabbi and two sons Noah and Henry.

Quotes from this episode

References from this week’s episode

Want to advertise on the podcast?

If you’re looking to get a message out there why not enquire about advertising on the podcast for the rest of 2020?

Get in touch: theedtechpodcast@gmail.com

Tell us where you are listening in from

We’d love to hear about innovative technology or approaches you are developing or using in adult education. Leave your stories in the comments below. Alternately, record a quick free voicemail via speakpipe for inclusion in the next episode. Finally, you can post your thoughts or follow-on links via twitter @podcastedtech or via The Edtech Podcast Facebook page.

LikeLoading...
Advancing technology education in rural high schools across America #201 – The Early Careers Market and its response to Covid-19